skip to main | skip to sidebar

The following link tells about the trip to Washington, DC the Pinnacle Airlines Life Skills interns participated in.

http://www.commercialappeal.com/news/2011/mar/08/learning-to-soar/
Posted by Rory Mitchner at 5:20 PM No comments:
Email ThisBlogThis!Share to TwitterShare to FacebookShare to Pinterest

If you are able to participate in this program on April 2nd, we would like for you to arrive around 8:30 a.m. to set up and the sessions will begin at 9:00 a.m... All sessions will be completed around 11:30 a.m. The students will rotate into the classrooms where the presenter will be speaking. Sessions will last from 15 to 20 minutes that will be determined by the number of speakers presenting.

Here is a little information about the program and if you have any other questions, please feel free to contact me, Kay Wilson, or Margie Bell at bellm@mcsk12.net (901-416-7983). Margie is the district overall coordinator for this program and is located at the Bond Building on Airways Blvd.

Anyway, this program is free to the MCS students and transportation is provided to any student within the MCS system that wants to participate and scored "Proficient" or "Advance" on the most recent Tennessee Comprehensive Assessment Program test (TCAP). The parents of the participating students are also invited to each location and to participate in the Saturday M2 sessions. After participating in the Saturday sessions during the school year, the students are encouraged to attend the week long camp sessions at one of the Memphis area colleges or universities. The colleges working with our students last summer were The University of Memphis, Christian Brothers University and Southwest Tennessee Community College, Union campus. We are making plans to continue the M2 program this summer for both 6th and 7th graders working with these same colleges, plus some other colleges in our community.

This year the "Informational Career Day" planned for April 2nd. We want the students to not only study mathematics, but also meet and talk with individuals that use this information in the real world of work.

This is a little bit about this program, and I hope that you will share this information with your friends and colleagues. If you get someone that would love to volunteer for 3 hours on April 2nd, please let me know. We need presenters at Hamilton Middle, Bellevue Middle and Craigmont Middle and Ridgeway Middle for all three grades.

Kay Wilson 901-619-0728 Tkw28@comcast.net
Posted by Rory Mitchner at 5:07 PM No comments:
Email ThisBlogThis!Share to TwitterShare to FacebookShare to Pinterest

‘If you can see up, you can get up’
The invitation asking Dr. Lee Jones to be the keynote speaker at the Memphis Aviation Professionals Annual Black History Youth luncheon didn’t say anything about him singing, but did not preclude him from exercising that option.

Dr. Lee Jones, keynote speaker, said, “I was inspired by my haters and those who said I couldn’t accomplish my goals.” (Photos by Milton Johnson)


Captain Anthony Holden, a FedEx pilot, speaks to students from Snowden Middle School about his career and experience as a pilot.


Jones – a professor, orator, radio/TV personality, and president and executive editor of InSpire Magazine – burst into song during the luncheon that The Memphis Chapter of Tuskegee Airmen, Inc. (MCTAI) hosted at the Holiday Inn Select Memphis Airport last week (Feb. 25).

The theme was “Dare to Dream: The Sky Is the Limit.” Jones began by singing to a crowd of about 425 a moving rendition of “I Believe I Can Fly” by R. Kelly. He emphasized the words “If I Believe It, Then I Can Do It”.

“Let your haters be your motivators,” said Jones to the students representing 11 Memphis City Schools and Shelby County Schools. He encouraged them to pursue their dreams and goals in life. He also shared how he was inspired and determined to prove wrong those who told him he would never accomplish his goals.

Ruby Alvarez, an eighth-grader at American Way Middle School, has a budding interest in becoming an entrepreneur and said she drew inspiration from Jones’ declaration that, “If you can see up, you can get up.”

MCTAI hosts the youth luncheon annually as a celebration that highlights past achievements and promotes aspirations for the future in the field of aviation.

“The luncheon brings young people together to let them know that there is more to life than being average,” said Rory Mitchner, vice president and historian of MCTAI.

“We, the professionals in the field of aviation, have all come from humbling and diverse backgrounds. We persevered through the ups and downs in our lives to succeed in the Aviation industry,” said Mitchner, a pilot.

At each table were seated aviation community representations from Pilots in Uniforms, Mechanical Students from TN Tech, Air Traffic Controllers, and Women in Aviation.

“We wanted to allow the students to speak one on one with professionals, giving them an opportunity to ask questions and have general conversation about their journey in accomplishing their goal in the field,” Mitchner said.

Dr. Linda Lane, a counselor at Highland Oaks Middle School said, “I love going to the annual luncheons. I learn something new each time and it opens up the mind of our students who normally think about traditional careers as doctors, lawyers, police and fireman. Aviation is not a career that students usually think about. Now, we have students who are interested and feel good about seeing black aviators in person, unlike what is seen on television.”

American Way Middle School guidance counselor, Shawanna Tompkins, said, “This was very inspirational because our students learned about the history of aviation and met African Americans in Memphis and surrounding states in the aviation field.”

Some students signed up to participate in different aviation programs and summer camps to learn more about careers in the field, said Tompkins.
Posted by Rory Mitchner at 2:07 PM No comments:
Email ThisBlogThis!Share to TwitterShare to FacebookShare to Pinterest

Tuskegee Airmen, Inc. (TAI) is a national organization of aviators with the principal goal of celebrating the achievements and accomplishments of Americans who share the same vision and aspirations as those pioneering men and women of the past who blazed trails in the field of aviation. Since 1997, the Memphis Chapter of Tuskegee Airmen, Inc. (MCTAI) has been a reflection of that goal and a premier source of connection with, and promotion of, the field of aviation in the greater Memphis area.

In keeping with this goal, MCTAI partners annually with the Memphis Aerospace Professionals (MAP) to assist in sponsoring a Youth Luncheon for area students. The Youth Luncheon is a celebration that highlights past achievements and promotes aspirations for the future in the field of aviation. The goal is to expose Memphis area students to the varied opportunities in aviation and, in turn, encourage them to continue on the road to success in education.

This year’s luncheon will be held on Friday, February 25, 2011 from 11:00 am to 1:00 pm at the Airport Holiday Inn in Memphis, Tennessee. We anticipate hosting 400 guests, including 300 students from the surrounding schools, aerospace professionals and community leaders.

We would like to extend a personal invitation to you and/or your company to participate in this monumental event as a Luncheon Sponsor. Your sponsorship would assist in covering the expense associated with providing a complimentary luncheon for the student and teacher attendees. As a sponsor, you or your Company/Organization, will receive recognition in our printed Luncheon souvenir journal. The attached Sponsorship Category and Commitment Form provides an explanation of the Sponsorship levels.

Over the years, support for the Youth Luncheon has been phenomenal, as evidenced by committed sponsors, such as BCF, FAA, MCTAI, Memphis Blackhawks, NBCFAE, OBAP, and Women in Aviation, to name a few. We hope that you will allow us to include your organization in this impressive list of sponsors this year!

Thank you for your time and consideration. If you have any questions, please do not hesitate to contact me at (901) 292-3556. You may also find additional information about MCTAI at our website www.taimemphis.org.

The purpose of the camp is to facilitate a technical aviation curriculum for the Girl Scouts to receive their aviation merit badge
Posted by Rory Mitchner at 7:08 AM No comments:
Email ThisBlogThis!Share to TwitterShare to FacebookShare to Pinterest

Please advise how many tickets you plan to purchase. As usual, we are asking each member to purchase at least two tickets (or participate as a Diamond, Gold, Silver, or Patron Sponsor). NBCFAE is the host of the Youth Luncheon this year. Please note that Sponsorships do not include any ticket to this event. If you purchase a Sponsorship and would like to attend, you must still purchase the desired number of ticket(s) in addition to the Sponsorship. Please let me know the following:

2) If you are "using' your tickets, what is the breakdown on how many adults and how many kids that will be attending with the tickets you are using? Kids are served different meals that have a different cost.

3) Please wear your Aviation Uniform to this event. We are expecting at least 100 kids and we need as many adult role models as possible to attend.

4) A flyer of the Guest Speaker is attached.

Please purchase tickets and provide above info to (taimem@aol.com) by February 18, 2010. Providing the info requested in items #1 and #2 will help us to determine how many additional school kids the Memphis Aviation Professionals can invite.

TAI Members and friends, please Email taimem@aol.com or contact Calvin Janes at 901 853-2053 for tickets and/or questions. You may also contact Rory Mitchner.

Memphis Chapter, TAI
Posted by Rory Mitchner at 9:46 AM No comments:
Email ThisBlogThis!Share to TwitterShare to FacebookShare to Pinterest

Posted by Rory Mitchner at 11:42 AM No comments:
Email ThisBlogThis!Share to TwitterShare to FacebookShare to Pinterest
Older Posts Home
Subscribe to: Posts (Atom)

Welcome to Aviation In Memphis Blog. The purpose of this site is to inform the local area of what is going on in the Aviation Community in the Memphis area. 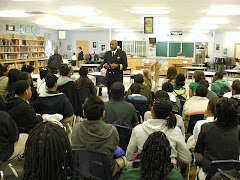 Take a moment to visit a school

Music for your enjoyment!!!!! 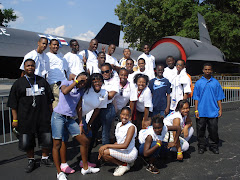 The Organization of Black Aerospace Professionals

Rory Mitchner
Memphis, TN, United States
I am an airline pilot. The objective of this blog is to share Aviation related information in the Memphis area. You can e-mail me at MemphisTAI@gmail.com